Get my free books:

Finally, in this post, we’ll be discussing the wall of bricks metaphor we mentioned in the previous article! 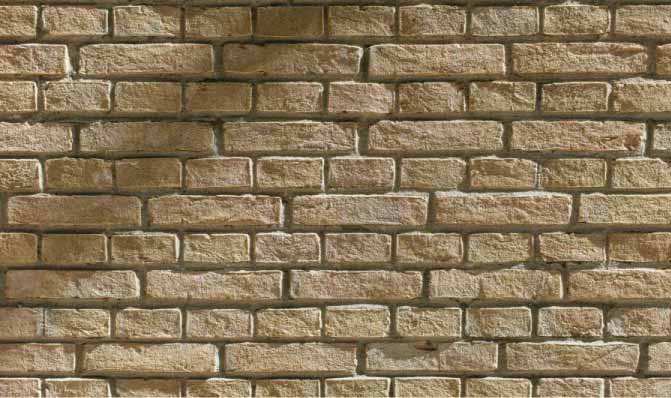 Here’s the full list of all blog posts in this series.

A wall of bricks and a web page are somewhat similar in the fact that they both consist of building blocks:

While each brick is the exact same size - the focus here being on the width - a web page’s elements come in basically two “flavors”:

An inline element is just like a regular brick: they line up one next to another.

A block element, however, is like a special kind of brick, an elastic brick! This brick spans the entire width of the wall. It’s like a row of bricks was replaced by a single brick - a very, very wide one.

That’s why we say that a block element in HTML stretches the entire width of its wrapping div (aka its parent div).

So basically, an HTML page is like a wall with bricks of different widths:

Before looking at an example, let’s just briefly mention how the elements are stacked on a web page:

This is where our wall of bricks metaphor kind of breaks down: the way that the bricks on a wall are usually stacked is:

This stacking of elements on a web page is commonly referred to as the normal document flow.

Another way you can remember this easier is that elements on a web page behave very similar to how a text on a page is usually read in the English language.

An example of document

To illustrate this better, let’s look at our example Codepen.

Here’s the HTML code of our example:

And here’s our CSS:

Some of the code in our css is commented out, using the opening, /*, and the closing */ multiple-line css comment syntax.

A comment basically says to the browser, “don’t read the code in between these delimiters”. Thus, comments are handy to put whatever additional information we need that’s gonna help understand the code better, or remind us of something that needs to be updated or kept in mind.

Here are the conclusions we can derive from our code, for this lesson:

Regardless of how long is the text content inside a div, each div will fill the entire available width of its parent. That’s why the <div> element is what’s known as a block-level element. In a normal document flow, a bunch of divs look like a bunch of blocks stacked on top of one another.

That’s it for this article. Make sure to check out the third article in the series, which will be published soon.