In CSS, positioning is relative, not just some absolutely fixed, static thing!

This is the seventh post in this series of articles.

CSS has a position property.

Its values can be set to static, relative, absolute, fixed, and sticky.

I’ve recorded this short video on CSS positioning to accompany this article.

What is CSS positioning?

CSS positioning is a way for us to “nudge” an HTML element, such as a div, in any direction we want, be it top, right, bottom, or left.

Note that this “nudging” doesn’t actually remove the element from normal document flow, it just displaces it.

Here’s an example of three divs.

Each div’s display property is set to inline-block, so that they are all appearing next to one another, rather than on top of one another: 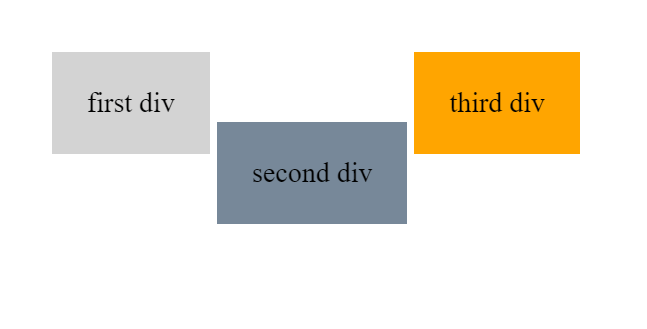 Notice how the middle div is slightly nudged away from the top edge. That’s because we’re setting its position to relative, using this CSS selector: div.bg2. The div.bg2 selector is like saying in plain English: “hey Browser, find the HTML <div> element that has a class attribute set to bg2, and apply the position of relative to it.

Notice that the div CSS selector on line 10 of the above CSS code sets all the divs to position: static and top: 40px.

The CSS position property is by default set to static - and thus we don’t have to specify it.

When position is static, we cannot “nudge” elements out of the flow with the top property.

When the value of the position property is set to relative, the top property suddenly starts working.

Thus, in our example above, we have two CSS selectors with competing position properties.

The first CSS selector, div, sets the position property to the value of static.

The second competing CSS selector, div.bg2, sets the position property to the value of relative.

We’ll go back to CSS specificity in more detail later.

Like we mentioned above, position: relative is like a switch that “turns on” the top, right, bottom, and left properties.

When top, right, bottom, and left properties and used on an element that has the position property set to relative, this is what happens:

Note that this practice of adding the “X” letter to the end of a CSS class is just a best practice learned from using HTML and CSS for years. It’s not part of any specification - it’s just a handy way to improve your workflow. You don’t have to do it yourself if it doesn’t work for you.

This is the example as it looks in the browser: 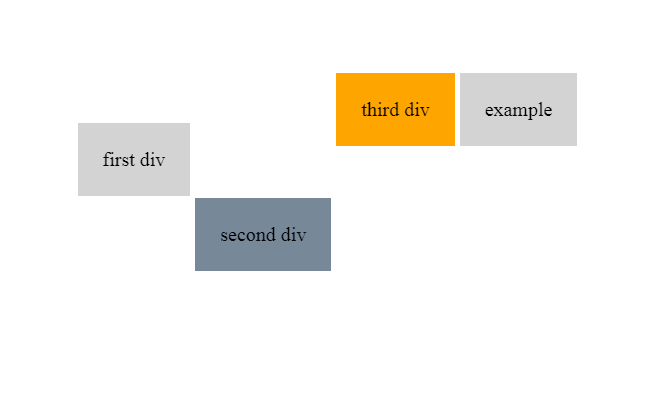 As we can see in our example, we’re moving the elements on the page in several ways, using both the positive and negative values for top, right, bottom, and left properties. There are also some classes that we “turned off” with a capital “X”.

Feel free to play around with the above example to get a feel for how the example behaves with classes turned on or off. Play around with positioning values, add both negative and positive numbers. That way you’ll get an intuitive feeling for how these properties affect the rendering of your HTML.

That’s it for this article.

You are here: Part 7, CSS Positioning