Rebuild a Bootstrap 4 example with BootstrapVue

This tutorial builds from tutorial titled Build your first Vue 2 app today, in which we took care of all the pre-requisites of setting up Vue and working with VueBootstrap. 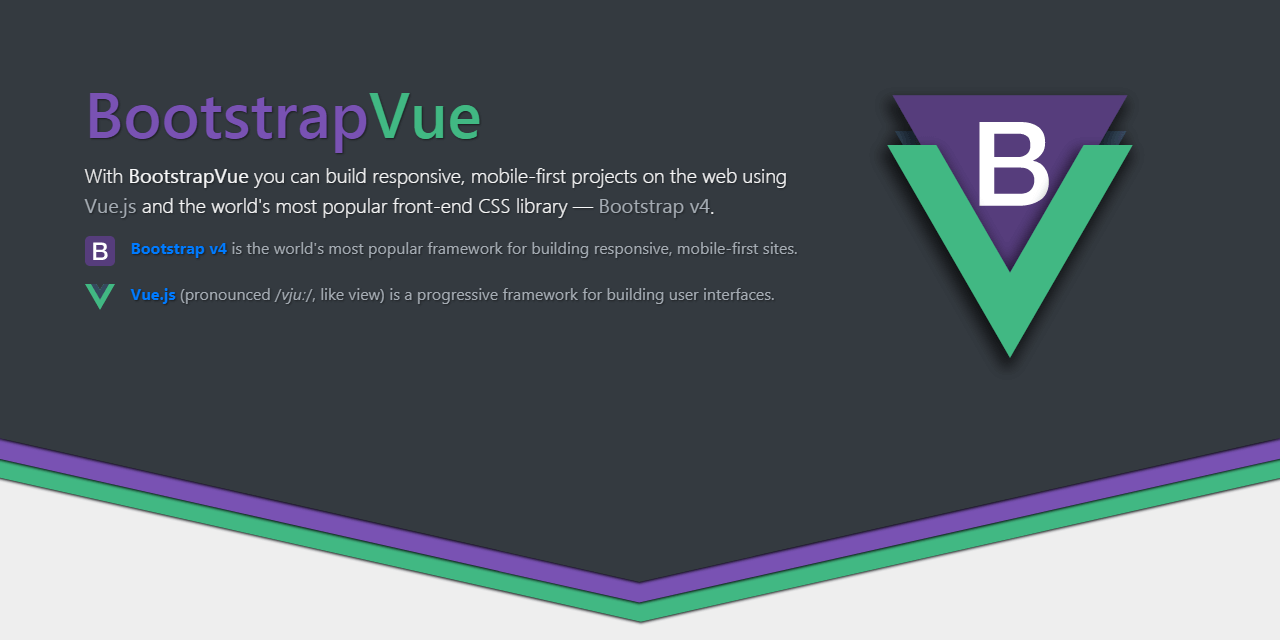 To understand our starting point, here’s a quick overview of what we’ve covered in the previous (above-linked) tutorial:

While that previous tutorial was chock-full of all kinds of information - after all, setting up any web technology today involves multiple interconnected parts - this tutorial will be a lot more focused and might feel a bit repetitive. This is good, because we’ll get to practice working with various components of the BootstrapVue framework.

To begin, let’s go back to the calories folder to work on the app of the same name. This is the screen that we had when we finished work in the previous tutorial: 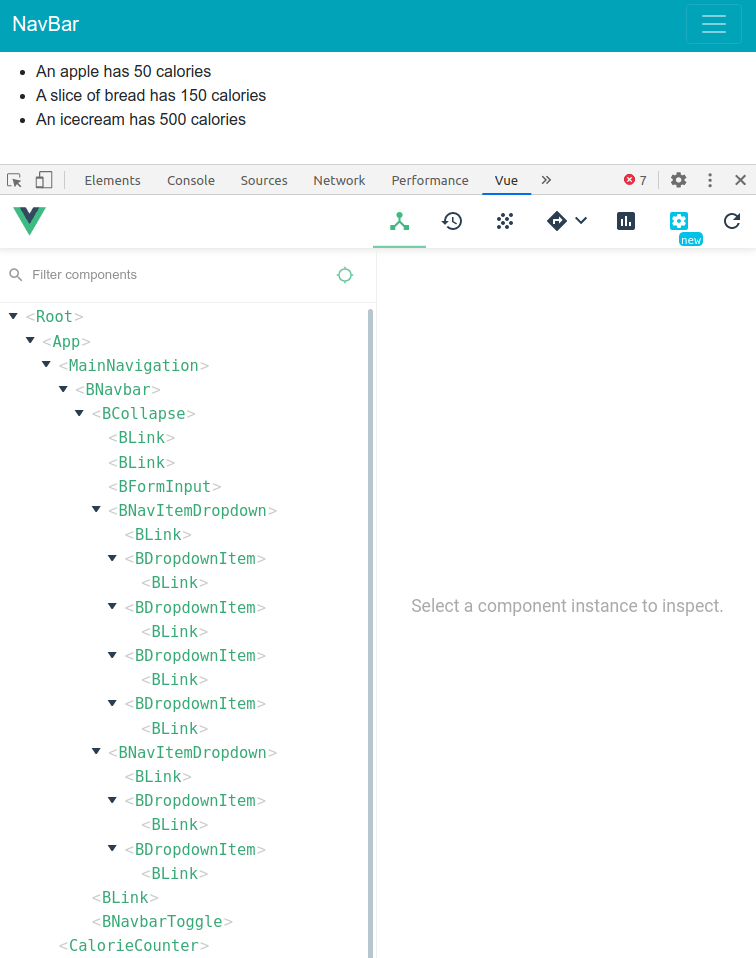 Let’s pick a theme to convert to BootstrapVue, next.

One of the logical examples to pick is the Album example on the official Bootstrap website.

Now that we’ve found the example layout that we want to rebuild with BootstrapVue, we’re going to list the sections that this layout consists of:

A quick analysis of the above layout will show us that it has 3 components: the navbar, the jumbotron, and the card component.

Since we already have the navbar component, we will just update it a bit, so it more closely resembles the example layout’s navbar.

That’s why, to update the navbar background color, we can use contextual colors, as follows.

Go to line 3 of MainNavigation.vue. This is the line we’ll be updating:

All we need to do here is update the variant attribute’s value from info to something else. Here are all the contextual colors we can change our variant to:

We’ll go with the dark value, so that our line 3 of MainNavigation.vue is now updated to this:

After this update, our app now looks like this:

Additionally, we need to update the contents of the <b-navbar-brand> custom element, which is a part of the MainNavigation.vue file. Here’s the updated code:

As far as styling goes, initial copy-pasted code from the original Album theme on Bootstrap docs, caused a linting error. To fix it, all we had to do was stop the npm run serve command with CTRL + c, and then we ran npm run lint --fix.

After that, to see the update, we simply need to run the npm run serve -- --port 4567 command again.

To add the toggle button, we’ll use the BootstrapVue’s toggle directive.

The toggle directive works hand-in-hand with the <b-collapse> component (additionally, it also works with the <b-sidebar> component, but we’re not interested in it here).

How do we add it and make it all work?

First, we’ll add the button itself:

We’ll add this button to the right edge of the navbar, so the update affects the code at the bottom of the main navigation template:

Additionally, let’s improve the newly added <b-button> component by adding a burger menu icon, like this:

Note: if you at any time get an error in the console, simply stop the webpack server with CTRL + c and run npm run lint, and then, once all the errors have been resolved, run npm run serve -- --port 4567, as explained in the introductory BootstrapVue article.

Alternatively, we can even remove the words “trigger collapse” so that we’re left only with the burger collapse button.

The next step would be to remove all the other links in the navbar, so that we’re left only with the Album brand name with an icon to its left, and the toggle button we just added, at the far right.

Here is all the code that we’ll delete:

… and here’s all the code that’s left after all these changes:

The most important part of the above code is this section right here:

learn-to-code : How to use BootstrapVue aspect component

learn-to-code : How to use BootstrapVue alert component

learn-to-code : How to use BootstrapVue modals

learn-to-code : How to use BootstrapVue modals