Convert an object to array in JS

On simple objects, this is as easy as calling Object.keys or Object.entries

Converting an object to an array is pretty easy in JavaScript. All we have to do is use Object.keys, or an even easier method to use, Object.entries. 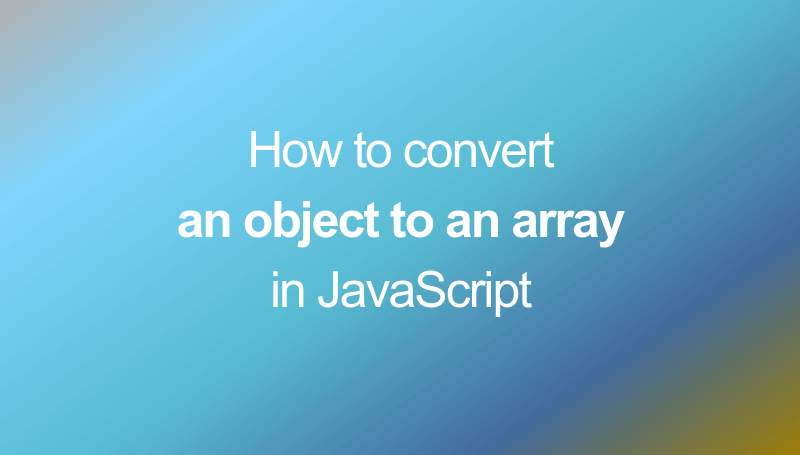 Let’s say we have a simple object that we want to convert to an array:

There are a number of ways to do this:

Within the Object.keys() approach, there are also a couple of ways of doing this.

In the first approach, we take the following three steps:

Here’s what each line above does:

A second approach doesn’t require a separate convertedArr; instead, we use the fact that the map() method, when run, returns a brand new array:

With Object.entries(), this process of coversion is made significantly more simple: