What to do when npm -g install @angular/cli doesn't work

Sometimes the simplest procedures on the command line can seem like they just won’t work, no matter what. In this article, we look at what to do when npm install -g @angular/cli doesn’t add ng command to our command line on Windows 10. 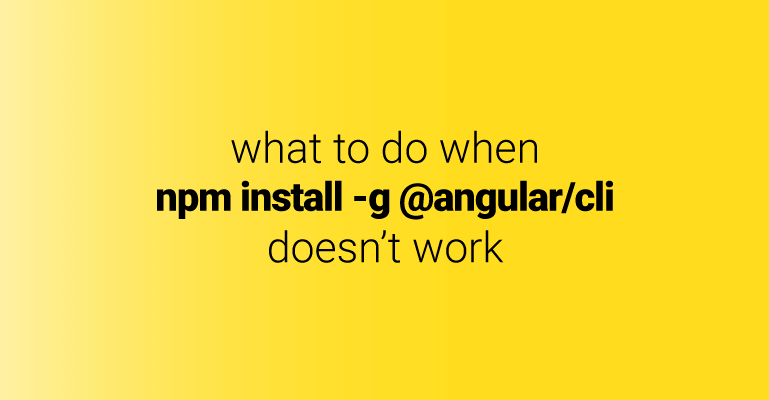 Note: This article has been tested to work for Angular 8.

Even though you have Node and npm installed on your machine, when you run the npm install -g @angular/cli command, it doesn’t add the ng command to your console.

Steps to fix the problem

These steps assume you have Git bash installed.

Next, verify the root level of your globally installed npm packages:

Locate the installation folder for your npm:

The output here should point to the problem. On my system:

Install Angular CLI and make sure it works

For good measure, after it’s done, you could check the root level of globally installed packages again:

It’s safe to close the bash again, then re-open it and run the ng command again.

This time proper output should appear: instructions on how to use the ng command, right inside Git bash.