An overview of Bootstrap, Bulma, and MDL

This is the 16th post in this series of articles.

So far in this article series, we’ve slowly built up our knowledge by learning about:

Now we are equipped with enough knowledge to be able to build web layouts mostly on our own (with some occasional googling here and there).

This is the way that most web developers used to develop their sites.

However, as they got better at their craft, they started noticing that there were certain sections in the websites they built that kept on appearing again and again.

For example, each website needed to have navigation, and the usual place for the main navigation on most websites turned out to be the horizontal bar at the very top of the page.

Similar to the navigation, other sections on different web pages appeared again and again:

Some of these developers realized that they’d be able to build their website projects faster if they had some pre-built HTML and CSS code (and sometimes, this code even involved some JavaScript).

This is, more or less, how front-end CSS frameworks were born.

Some of the benefits of using a CSS framework include:

Some of the disadvantages of CSS frameworks include:

If a layout needs to be really unique, sometimes it happens that you, as a developer, need to “fight with the framework” by overriding framework’s styles with your own.

There are many CSS frameworks out there.

The official home of the Bootstrap framework is getbootstrap.com. 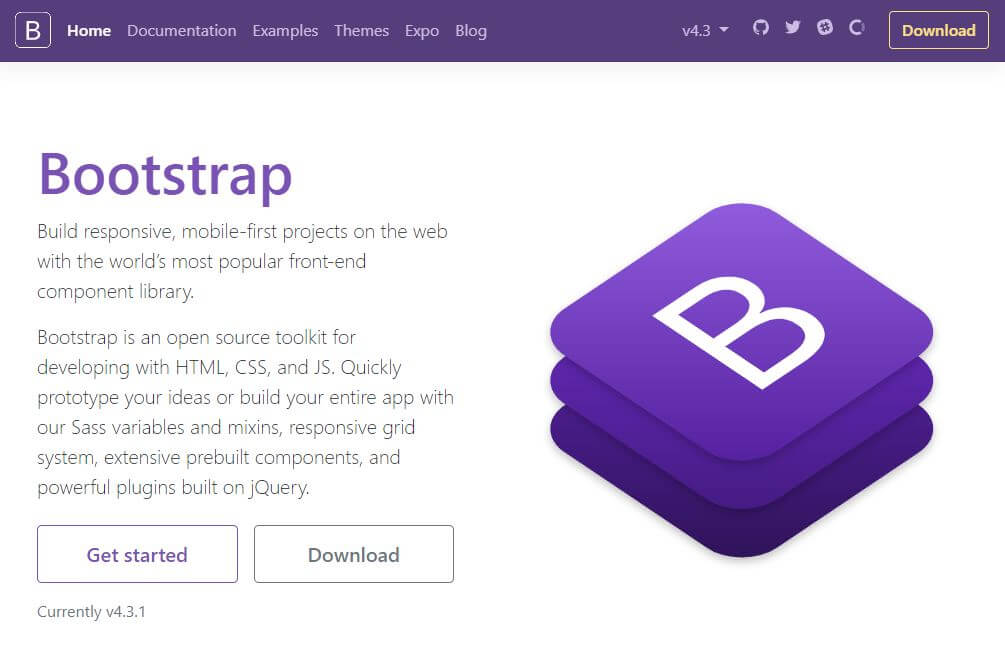 Bootstrap is a mature front-end framework, currently at version 4.3.1. It was initially an internal project at Twitter, where it was known as Twitter Blueprint.

It got renamed to Bootstrap and open-sourced on August 11, 2011.

Bootstrap is a full-fletched CSS framework.

It comes with its own CSS reset: the CSS reboot stylesheet.

It has lots of utility classes, namely:

It also has a column grid, similar to the one we’ve built in the previous article in this series.

The column grid consists of the default xs breakpoint, followed by:

One of its strengths is also its components, namely:

One perceived downside of Bootstrap is that it relies on jQuery for its JavaScript functionality.

However, since there are so many legacy projects that use jQuery even to this day, this shouldn’t be a problem.

Also, because of its popularity, Bootstrap already got ported to VDOM-specific implementations, such as the one we wrote about here on codingexercises extensively, and that is ngx-bootstrap, an Angular port of Bootstrap.

Another important bonus point for Bootstrap is that many companies use it, so investing time in learning this framework could land you your first job.

Bulma markets itself as a free, open source CSS framework based on Flexbox. 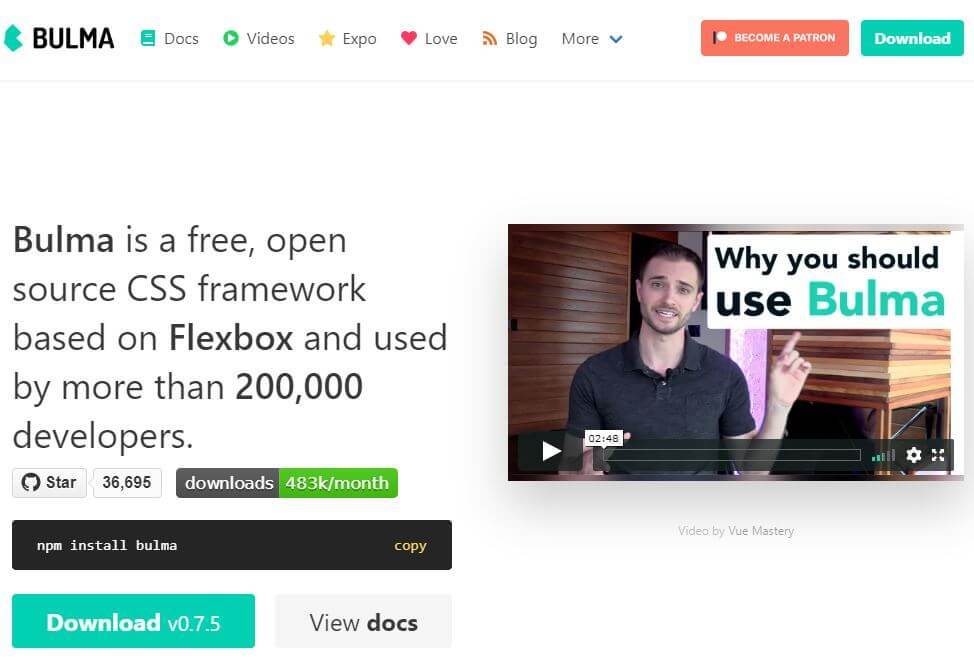 It seems that Bulma is a lot less popular than Bootstrap, but one of its advantages is that it is written without JavaScript at all. It’s a pure CSS framework - and it’s worth having a look at.

It comes with fewer components than Bootstrap:

It seems like it’s made to do at least some things better than its main rival, Bootstrap.

The framework’s official website can be found at getmdl.io. 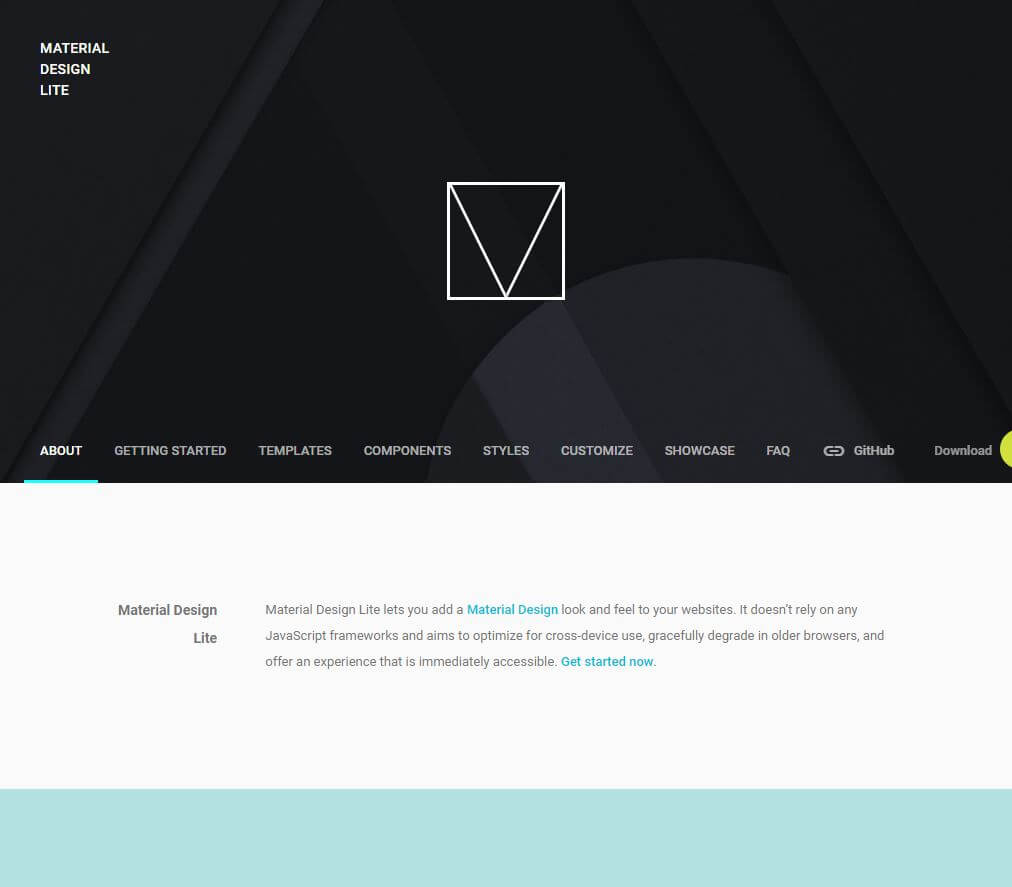 Material Design Lite doesn’t use any JavaScript frameworks - but it does use JavaScript.

This can be a good or a bad thing, depending on what you’re looking for out of your front-end framework.

It has a nice section of template examples that showcases a few interesting layouts.

There is also a section with components, and an interesting customizer, as seen in the following screenshot: 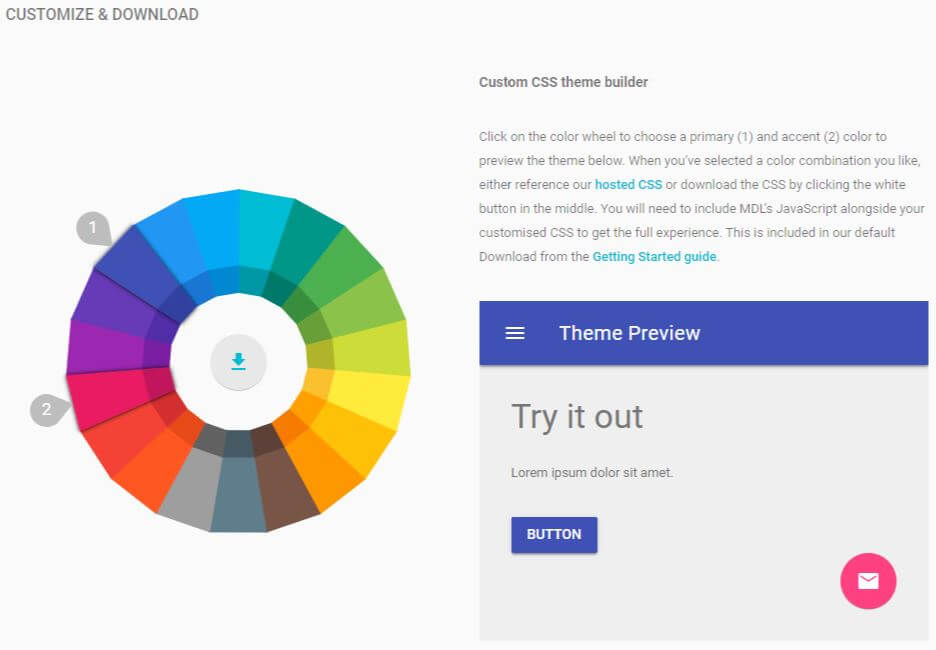 That’s it for this introductory article on some of the more popular front-end frameworks.

In the next article in this series, we’ll be covering SCSS, a superset of CSS.

< Back to part 15: Column-based CSS layouts

Continue to part 17: Introduction to SCSS >